Aspirational Goals For a Successful 2023 in Real Estate: An Interview With Randy Dyck

In the following article we highlight just a few of the many helpful and inspirational real estate tips Randy Dyck shared during the podcast, “Unstoppable Agent” hosted by Rich Fournier.

Randy Dyck has been in real estate for over 30 years. He is one of Canada’s top agents — his team regularly closes over 300 transactions in a year. Compared to the industry norms, where the average is about 3 to 4 transactions in a year and where about 30% of agents in Toronto don’t close even one and where 80% of agents burn out within 5 years, the question has to be asked: What is Randy’s secret? Why has he had so much success, where others have failed?

Randy has been kind enough to lay out what he believes are the fundamental behaviours and attitudes that have led to his success in real estate.

Crucible moments in Randy’s life that shaped him

Being competitive was built into Randy’s nature from an early age. As a twin he was always in a competition with his brother, whether that was racing to the bus stop on foot or racing their motorcycles.

But it was the moments where life presented extreme challenges that really mobilized Randy’s will to succeed. Moments such as a motorcycle accident at age 14 where Randy ended up paralyzed from a broken neck and had to learn to walk again. Or moments such as having to do a year over at school when his twin and friends were graduating. These were moments where he came up against the wall, and had to say to himself: “Okay, back up the bus, let’s take another run at it.”

Randy started in real estate in 1992, and fell in love with it. Besides his energetic and competive nature, Randy believes his discipline, which he describes as “loving the boredom of consistency,” has really helped him in real estate. Randy says, “You’ve got to do the things you don’t want to do, when you don’t want to do them,and do them at the highest level. That’s when magic happens.” A disciplined daily routine gains momentum of its own so you don’t even have to think about it and tasks take less effort.

Throughout his real estate career Randy has remained flexible, changing himself or how he does business to keep his energy and interest high. In the course of his career he’s made about 4 or 5 of these major changes. For example, after he’d been in real estate about 7 years, he started leveraging others instead of going totally solo — and he allowed others to leverage him as well. In other words, he started building a team. Another big change was moving to eXp, in 2018.

Always, his goal has been to provide value, to help others get what they desire, and if that meant making a business or personal change, he did it.

Real estate today is a very complex, and yet simple world. Networking and relationships remain pivotal, just as they always have, in this contact business. Randy advises new agents to be very intentional with their networking. First step is to flesh out their concept of their ‘perfect client’, making sure that their perfect client is somebody they could authentically connect with in real life, and then think about where their perfect client would spend their time, and go there to network. In other words, network in the places you want to be, with the people you want to be with. As Randy says, “build your tribe in your own village.”

The Future of Real Estate

Randy thinks that real estate will look very different a decade from now. Covid and technology has pushed the industry in wild ways. Artificial Intelligence will gain an increasingly greater role because of its ability to crunch massive amounts of data and see patterns without emotional distraction. The government, at least in British Columbia, is heavily involved in regulating the industry and extracting as much money out of it as it can in the form of taxes. The real estate industry in British Columbia is no longer self-regulated; real estate professionals no longer have a voice.

There may not be a place for real estate agents as they are now in this new world. Real estate agents may be more like concierges on a salary working for the government. But, as Randy stresses, it is important to entertain these sorts of speculations, to know where we are possibly headed so we can prepare for every speed bump and turn along the way. That is part of being a successful real estate agent.

Hear the full interview on YouTube , Spotify or Apple Podcast 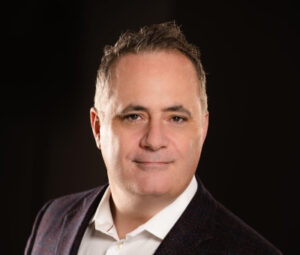 Phil Hahn didn’t become a top 1% REALTOR® by following the status quo and sticking to the same old script. He did it by recognizing opportunities, creating connections, and giving 110% to every client, every day. Unsatisfied with being the best of the best, Phil sought new challenges and discovered eXp Realty. After reviewing the numbers and long-term strategy, he recognized the fledgling brokerage’s potential and joined them as a mentor. Using the tools, processes, and advanced technology of eXp, Phil is actively working with high-performing real estate agents in Canada and the United States to help them succeed in their business and excel in their market.

Thinking about joining eXp Realty as a real estate agent? Subscribe to our monthly newsletter to stay updated on all things eXp Realty! 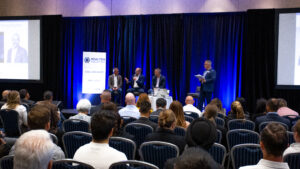 Despite the rain and a bridge to the venue being blocked by a downed tree, the October Realtor Collective event was a huge success. Building 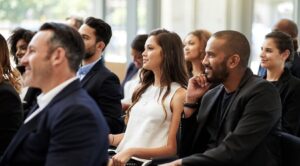 Randy Dyck from High Growth Life discusses the upcoming Realtor Collective event on October 27 in Burnaby, BC, which is focused around future-proofing your business.

An event for BC REALTORS to discuss strategies to survive the downturn in the economy and housing market. VICTORIA BC, October 3, 2022. HiGrowth Life

It’s time to invest in your future! Phil and Randy are here for a limited time to support you along the way, so take advantage of that! Get Started.

Learn tips and strategies for futureproofing your business in the shifting market and sales-focused social media strategies. Network with top B.C realtors and hear compelling panels featuring your peers.

It’s free for realtors to attend, all brokerages are welcome – bring your team!